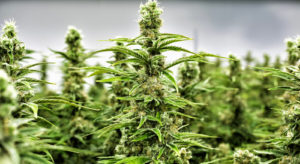 LILONGWE, MALAWI — Malawi is the latest African country to look at legalizing cannabis, the plant that produces hemp and marijuana, after similar moves in Lesotho, South Africa, and Zimbabwe. As Malawi’s tobacco industry, the country’s biggest foreign exchange earner, has dwindled due to anti-tobacco campaigns, farmers are now looking to grow cannabis.

But as tobacco prices per kilogram have fallen, farmers like Phineas Chimombo have struggled.

Chimombo says in most cases farmers like him who are already poor struggle to find money to transport tobacco to the market and sell their tobacco as low as 50 cents per kilogram.

Health campaigns have eaten into tobacco profits, so farmers like Chimombo are looking to cannabis, the plant that produces marijuana and hemp.

Chimombo says once one grows hemp, just a small portion of it fetches more money than one can get from any crops a farmer can grow.

Malawi is joining African nations Lesotho, South Africa, and Zimbabwe in looking to legalize cannabis after years of debate.

In March, legislators will consider a bill on legalizing medical marijuana and hemp products.

Malawi parliament member Boniface Kadzamira has long pushed for the legalization of cannabis.

“We were the first in this part of Africa to start discussing this thing. Those countries that came after us have gone ahead of us and have already started issuing licenses,” Kadzamira said.

Nelson Zakeyu is the executive director of Drug Fight Malawi.

But supporters of legalizing cannabis appear to have won the debate, that it is better to regulate the trade and help Malawi’s economy to grow.