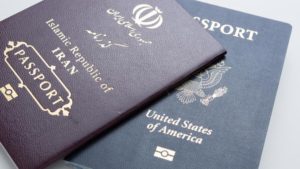 Iran will revoke the citizenship of any national who happens to be holding another foreign citizenship, state-media reported.

The announcement was made by the Iranian judiciary and coincides with the controversy over Iranian officials holding dual nationalities who are accused of espionage.

The Speaker of the Committee of National Security Affairs in the Iranian Parliament Hussain Naqvi Hussaini was cited in Mizzan news agency saying: “According to Iranian law, holding a dual citizenship is akin to a crime.”

“Citizenship would be withdrawn from Iranians holding dual nationalities’’, pointing out to a blurring legal point in identifying the (US) green card, residency, and dual citizenship,’ he added.

Mohammed Ali Burmukhtar, a member of the Judiciary Committee in the Iranian Parliament, said: “Even though Iranian law prohibits the citizens from holding dual nationalities, there are 40 officials’ dual nationals working in different government departments.”