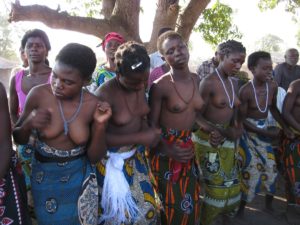 2010: BP removes chief executive Tony Hayward from day-to-day oversight of the Gulf of Mexico oil spill crisis, a day after he was pummelled by US lawmakers at a hearing.

1812: United States declares war against Britain because of restrictions imposed on shipping during the Napoleonic Wars.

1823: King John VI annuls Portuguese Constitution of 1822 after uprisings against his rule and the loss of Brazil.

1900: With the anti-foreign Boxer Rebellion already under way, the dowager empress of China orders all foreigners killed.

1940: General Charles de Gaulle makes his famous BBC broadcast from London, in which he declares himself leader of the “Free French” and urges compatriots to resist Nazi occupation.

1953: Egypt is proclaimed a republic with General M Naguib as president.

1961: Three princes of Laos meet in Zurich, Switzerland, and agree to form coalition government to unite the war-torn kingdom.

1975: Prince Faisal Ibn Musaed is publicly beheaded in Riyadh for the murder of his uncle, King Faisal of Saudi Arabia.

1985: US space shuttle Discovery, with a Saudi Arabian prince aboard as passenger, launches a satellite for Arab world.

1996: The UN Security Council lifts its embargo of heavy weapons against the former Yugoslav republics, following an arms control agreement in Bosnia.

1997: One of the most reviled figures of the century, the fugitive Cambodian Khmer Rouge leader Pol Pot, surrenders to his former comrades.

2001: Some 30,000 Syrian troops pull out of Beirut and redeploy after 25 years. The Syrians were invited into Lebanon in 1976 as part of an Arab peacekeeping force to quell a civil war.

2002: A Palestinian suicide bomber detonates explosives on a bus in Jerusalem, killing himself and at least 19 Israelis, in the deadliest attack in Jerusalem since 1996.

2004: European Union leaders agree on a first-ever constitution for their newly reunited continent, overcoming disputes about power-sharing and national sovereignty.

2008: Zhang Xiaoyan, a woman trapped under rubble for 50 hours in the May 12 earthquake in China, delivers a healthy baby girl in a touching coda to the massive tragedy that killed almost 70,000 people. Democratic presidential candidate Barack Obama says he would bring Osama bin Laden to justice in a way that wouldn’t allow the terrorist mastermind to become a martyr, but that bin Laden might be killed if the US Government found him. (Bin Laden was tracked down and slain by US forces in May 2011 during Obama’s presidency.)

2013: The Taliban and the US say they will hold talks on finding a political solution to end nearly 12 years of war in Afghanistan, as the international coalition formally hands over control of the country’s security to the Afghan army and police.

2014: Iraq’s Shiite prime minister extends overtures to his Sunni and Kurdish political rivals as his forces battle Sunni militants over control of the nation’s largest oil refinery and a strategic city near the Syrian border.

2017: Charleena Lyles, a 30-year-old African American mother of four, is shot and killed by two white Seattle police officers after she called 911 to report a burglary; authorities said Lyles had pulled a knife on the officers. Voters give French President Emmanuel Macron’s fledgling party a solid victory in parliamentary elections.