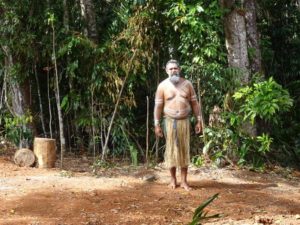 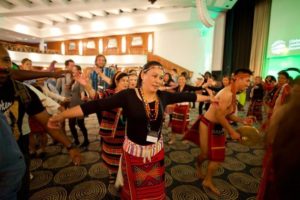 The Global Landscapes Forum (GLF) was held in Bonn, Germany and focused on how to give land rights the visibility needed to showcase that a rights approach, particularly when it comes to indigenous people, is a solution to the climate change crisis. Courtesy: Pilar Valbuena/GLF

Jun 29 2019 (IPS) – The Global Landscapes Forum (GLF) was held in Bonn, Germany to rally behind a new approach to achieving a future that is more inclusive and sustainable than the present – through the establishment of secure and proper rights for all.

On Jun. 22 and 23, experts, political leaders, NGOs and indigenous peoples and communities gathered to deliberate on a methodology that emphasises rights for indigenous peoples and local communities in the management and perseveration of landscapes. The forum took place alongside the  United Nations Framework Convention on Climate Change Bonn Climate Change Conference.

The forum focused giving land rights the visibility needed to showcase that a rights approach is a solution to the climate change crisis, and to develop a ‘gold standard’ for rights.

Indigenous peoples, local communities, women and youth, are believed to be the world’s most important environmental stewards but they are also among the most threatened and criminalised groups with little access to rights.

“We’re defending the world, for every single one of us,” said Geovaldis Gonzalez Jimenez, an indigenous peasant leader from Montes de María, Colombia.

But industries such as fossil fuels, large-scale agriculture, mining and others are not only endangering landscapes but also the lives of the people therein.

Already this year, said Gonzalez, his region witnessed 135 murders, adding that the day before the start of the GLF a local leader was killed in front of a 9-year-old boy.

According to the United Nations, the land belonging to the 350 million indigenous peoples across the globe is one of the most powerful shields against climate change as it holds 80 percent of the world’s biodiversity and sequesters nearly 300 billion metric tons of carbon.

It is for this reason that amid the urgency to meet Sustainable Development Goals (SDGs) under pressure from the climate threat, dialogues about the global future have begun to wake up to the fact that indigenous peoples’ relationships with the natural world are not only crucial to preserve for their own sakes, but for everyone’s.

The drafting of the document of rights was led by Indigenous Peoples Major Group (IPMG) for Sustainable Development and the Rights and Resources Initiative in the months leading up to the GLF.

Wider discussions and workshops over the two days served as a consultation on the draft (which is expected to be finalised by the end of the year) as a concrete guide for organisations, institutions, governments and the private sector on how to apply different principles of rights. This includes the rights to free, prior and informed consent; gender equality; respect to cultural heritage; and education.

But Diel Mochire Mwenge, who leads the Initiative Programme for the Development of the Pygme in the Democratic Republic of Congo (DRC), one of the largest indigenous forest communities in Central Africa, said he has witnessed more than one million people being evicted from the national parkland where they have long lived. He explained that they had not been given benefits from the ecotourism industries brought in to replace them and were left struggling to find new income sources.

“Our identity is being threatened, and we need to avoid being completely eradicated,” said Mwenge.

In Jharkhand, India, activist Gladson Dungdung, whose parents were murdered in 1990 for attending a court case over a local land dispute, said an amendment to India’s Forest Rights Act currently being reviewed by the Supreme Court could see 7.5 million indigenous peoples evicted from their native forest landscapes. The act can impact a further 90 million people who depend on these forests’ resources for their survival, he said.

The amendment, Dungdung said, would also give absolute power to the national forest guard; if a guard were to see someone using the forest for hunting or timber collection, they could legally shoot the person on-sight.

“Indigenous peoples are right on the frontline of the very real and dangerous fight for the world’s forests,” said actor and indigenous rights activist Alec Baldwin in a video address.

“Granted that indigenous peoples are the superheroes of the environmental movement,” Jennifer Morris, president of Conservation International wondered why they are not heard until they become victims. “Why do we not hear about these leaders until they’ve become martyrs for this cause?”

The examples of intimidation, criminalisation, eviction and hardship shared throughout the first day clearly showcased what indigenous peoples and local communities go through to preserve the forests or ‘lungs of the earth’.

The rights approach, according to conveners of the GLF, aims to strengthen respect, recognition and protection of the rights of indigenous peoples and local communities as stewards and bearers of solutions to landscape restoration, conservation, and sustainable use. It also aims to end persecution of land and environment defenders; build partnerships to enhance engagement and support for rights-based approaches to sustainable landscapes across scales and sectors; and, scale up efforts to legally recognise and secure collective land and resource rights across landscapes.

“By implementing a gold standard, we can both uphold and protect human rights and develop conservation, restoration and sustainable development initiatives that embrace the key role Indigenous peoples and local communities are already playing to protect our planet,” said Joan Carling, co-convener of IPMG.

IPMG recognises that indigenous and local communities are bearers of rights and solutions to common challenges.

“This will enable the partnership that we need to pave the way for a more sustainable, equitable and just future,” added Carling.

And the Center for International Forestry Research (CIFOR) Director General, Robert Nasi, said when rights of local communities and indigenous peoples are recognised, there are significant benefits for the fight against climate change and environmental degradation.

“Whoever controls the rights over these landscapes has a very important part to play in fighting climate change,” he said.

In the climate and development arenas, the most current alarm being sounded is for rights–securing the land rights and freedoms of indigenous peoples, local communities and the marginalised members therein.

How can these custodians of a quarter of the world’s terrestrial surface be expected to care for their traditional lands if the lands don’t, in fact, belong to them? Or, worse, if they’re criminalised and endangered for doing so?

The basic principles of a ‘gold standard’ already exist, such as free, prior and informed consent, according to Alain Frechette of the Rights and Resources Initiative (RRI). What has been lacking, he said, is the application of principles that could be boosted by high-level statements that could “spur a race to the top”.