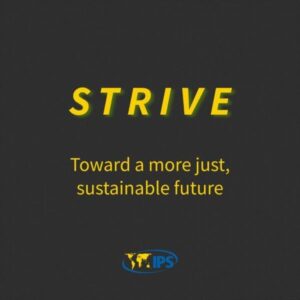 KATHMANDU, Nov 18 2021 (IPS) – The illicit trade in idols and other historical treasures looted from temples, archaeological digs and various sites globally has been estimated at $100 billion a year.

A more telling figure might be the nearly 18,000 villagers in India’s Tamil Nadu state who turned out to welcome home a god figure stolen from one of their temples. More revealing still is the image of a single villager who, seeing a stolen god displayed in a Singapore Museum, falls to the ground and starts to pray.

Vijay Kumar accompanied that villager to the museum, and has witnessed idols lovingly replaced to their ages-old spots in Tamil Nadu temples.

For 16 years he has been working to repatriate gods and goddesses looted from India over the years, and the challenges remain huge, he tells us in today’s episode. For example, in 2020, police seized 19,000 stolen artefacts in an international art trafficking crackdown. 101 suspects were arrested with treasures from around the world, including Colombian and Roman antiquities. One activist estimates that in France alone there are 116,000 African objects that should be returned.

But Vijay is encouraged by the successes of citizen-led movements like his own, which began with a blog, Poetry in Stone, then the launch of the group India Pride Project.

Success can be measured in the growing number of artefacts returned to India: 19, from 1970-2000; 0, from 2000-2013; but 300+ after 2013. That includes roughly 250 items valued at about $15 million, which were repatriated in October, among the treasures looted by disgraced art dealer Subhash Kapoor, the subject of Vijay’s book, The Idol Thief.

Today’s conversation is packed with information, including Vijay’s opinion that countries like India and Nepal, where idols are part of the living heritage and still prayed to daily, should be treated differently than countries whose artefacts are looted from buried remains. He also has advice for would-be activists — in the murky world of art repatriation, be very, very wary about accepting money from anyone. 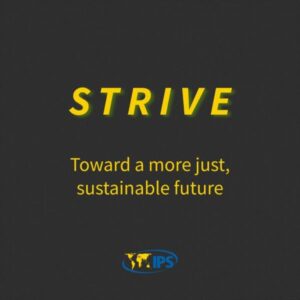 KATHMANDU, Sep 6 2021 (IPS) – 2020 was a year of tremendous upheaval. The murder of George Floyd, followed by global Black Lives Matter protests, Covid-19 and the stark light that the pandemic shone on inequality within countries and between the global north and south, protests and brutal repression after elections in Belarus, ongoing demonstrations for climate action led by youth around the world, to name just a few.

Civil society, that is all sectors of our lives that are not family, government or for-profit, played a central role in all of these movements. But are those actions leading to positive results that will change people’s lives for the better?

Today’s guest, Lysa John, Secretary General of CIVICUS, a global alliance of civil society groups, responds unequivocally yes. She points to past examples like the campaigns to recognize women’s right to vote and for legal recognition of gay rights.

In these tumultuous times, she argues, what civil society must do better is channel the energy of the movements on the streets into medium and long-term projects to build alternatives to existing structures. 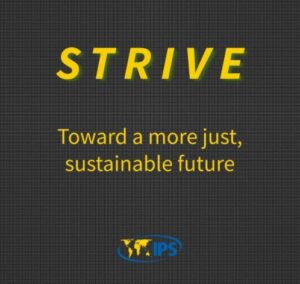 KATHMANDU, Jul 30 2021 (IPS) – Footage of flames engulfing bodies at makeshift funeral pyres and stories of people dying in cars as drivers desperately raced from hospital to hospital seeking a bed. These scenes marked the second wave of the Covid-19 pandemic in India just months ago.

Nepal was similarly walloped: staff turned away people at intensive care units and patients attached to oxygen cylinders were being treated in parking lots. Other South Asian countries were less affected but overall Covid-19 has officially killed 450,000 people in the region since 2020.

With vaccines expected to arrive painfully slowly in coming months—India for example has fully vaccinated just 6% of its population, Nepal 4% and Pakistan 2%—mask wearing needs to be the priority, says the guest on today’s episode of Strive.

Maha Rehman is Policy Director at the Mahbub ul Haq Research Centre at Lahore University of Management Sciences, in Pakistan. She is also a leader of the NORM mask-wearing intervention taking place in four countries in the region, and beyond. She describes NORM’s early success in Bangladesh and how finding a way to embed the programme in local communities in each of these very different countries will be key.

If you enjoyed this first episode of Strive, please help spread the word by rating or reviewing the show on Apple podcasts. You can also subscribe, follow or favourite Strive on any podcast app.

Stay up-to-date with us between episodes on Twitter and Facebook. If you have something to say to me directly email me at mlogan@ipsnews.net. 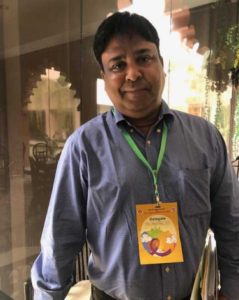 DHAKA, Bangladesh, Dec 11 2019 (IPS) – Despite its efforts to eliminate leprosy as a public health threat, Bangladesh’s leprosy burden ranks fourth-highest in the world. Four thousand new cases are detected annually – an average of 11 to 12 cases per day over the last 10 years.

Leprosy issues have taken centre stage at the National Conference 2019 on Zero Leprosy Initiatives by 2030 in Dhaka Bangladesh. The country’s National Leprosy Programme, in collaboration with the Nippon Foundation and Sasakawa Health Foundation in Japan believes its key that every person with leprosy has access to the right medicines, diagnosed and treated in a timely fashion.

Akthar Ali is the Project Co-ordinator of the Missionary Sisters of Mary Immaculate (with the Pontifical Institute for Foreign Missions (PIME) Sisters) in Khulna in the south of Bangladesh and believes the country can be leprosy-free by 2030.

Crystal Orderson spoke Ali on the sidelines of the National Conference in Dhaka, Bangladesh.