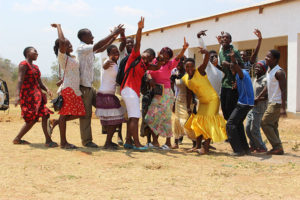 BY BIRTH: Birth within the territory of Malawi does not automatically confer citizenship. The exception is a child born of unknown parents.

BY DESCENT: Child born in Malawi, on or after July 6, 1966, whose father or mother is a citizen of Malawi and is of African race.

Child born abroad, on or after July 6, 1966, one of whose parents is a native-born citizen of Malawi of African race.
BY NATURALIZATION: Malawian citizenship may be acquired upon fulfillment of the following conditions: Person is of an African race or has Commonwealth or Malawian ties, has resided five years in the country, has adequate knowledge of the English language, intends to reside permanently in Malawi, and will renounce previous citizenship. (Aliens without the national ties must have resided for seven years.)
MALAWI DUAL CITIZENSHIP: NOT RECOGNIZED.

Person exercises rights or privileges of another country.Citizenship was obtained through fraud or false statements.
Person has been arrested and imprisoned within seven years of citizenship.
Person has shown disloyalty or treason against Malawian government.
Person has been resident outside Malawi for seven years or more without proper registration with Consulate.

Dual Citizenship is a “status long sought by Malawi diaspora but was not recognized in the law” until now it may be soon be as it is being reported that Malawi President Dr. Peter Mutharika has asked Justice Minister Samuel Tembenu to draft legislation that would allow Malawians to have dual Citizenship.

The Malawi President himself a byproduct of the Diaspora has always understood the need for Diaspora to enjoy the Benefits such a status provides.

According to reporting, Malawi President Peter Mutharika told the state controlled Malawi Broadcasting Corporation that the ministry of Justice is currently working on the legislation which will enable Malawians hold dual citizenship.

The President said he will deliver on the promise he made in Parliament and also when he addressed Malawians in DC during the first few months of his Presidency. Peter Mutharika If successful will be the one President to deliver after many before him promised but never followed through.

“We are currently drafting the legislation, very soon we will have the legislation. This will be possible because we want Malawians in diaspora to come to Malawi,” he said.

On the country’s economy, President Mutharika said although the kwacha has stabilized, the inflation and high interest rates remain high.

“We are working on these,” said Mutharika.

He could however not give a definite answer as to when exactly the economy is expected to be back on his feet.

However, he said the government is luring more investors as way of giving dosage to the sick economy so that it can recover.

The Advantages of Dual Citizenship

Benefits and privileges. Dual citizens can receive the benefits and privileges offered by each country. For example, they have access to two social service systems, can vote in either country and may be able to run for office in either country, depending on the law. They are also allowed to work in either country without needing a work permit or visa and can attend school in either country at the citizen tuition rate.Dual citizens enjoy certain benefits, such as the ability to live and work freely in two countries, own property in both, and travel between the countries with relative ease. There are drawbacks, however, including the potential for double taxation, the long and expensive process for obtaining dual citizenship, and the fact that you become bound by the laws of two nations.

Because dual citizenship is complex and the rules and laws regarding citizenship vary from one country to the next, be sure to consult with qualified experts, including tax accountants and experienced citizenship lawyers

For now, many in the Diaspora are relieved that President Peter Mutharika has started to follow through on a promise he made to the Diaspora upon assuming the Presidency