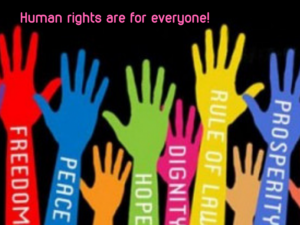 The International Bar Association’s Human Rights Institute (IBAHRI) is deeply concerned about the recent decision in Malawi to sentence three individuals to death for killing and dismembering a person with albinism in August 2015. The IBAHRI fully supports the enjoyment of all rights by persons with albinism and recognises the challenges Malawi is facing in curbing the heinous attacks against persons with albinism. Despite this, the IBAHRI maintains that the death penalty is not the solution to preventing such odious crimes and goes against the international trend towards its abolition.

IBAHRI Co-Chair, the Hon Michael Kirby AC CMG, commented: ‘To stop the commission of crimes against human rights, penalties that violate the same fundamental rights cannot be imposed. Attacks against persons with albinism must end, but the punishment that the perpetrators should face must respect international human rights law. We exhort the Malawi government to revise this judgement.’

On Tuesday 14 August 2019, at the High Court in the Mchinji district, Central Malawi, Judge Esmey Chombo passed death sentences on three individuals: Douglas Mwale, Sophie Jere and Fontino Folosani – who were found guilty of murdering and mutilating Priscott Pepuzani, who had albinism, in August 2015. In her ruling, Judge Chombo said the death sentences would send a strong message to other would-be offenders and put an end to such malpractices.

Since 1992, Malawi has had a moratorium on the death penalty, and the mandatory death penalty for murder was eliminated in 2007. African regional standards established by the African Commission on Human and Peoples’ Rights, including General Comment No.3 on the right to life, Resolutions 42 and 136, as well as the Cotonou Declaration on the Abolition of the Death Penalty in Africa , call on State Parties to move towards the abolition of the death penalty. Nevertheless, this is not the first time in recent years that the death penalty has been imposed for this kind of crime. In May 2019, Willard Mikaele was sentenced to death for the murder of Mphatso Pensulo, another person with albinism.

In the denunciation of this recent judgement, the IBAHRI reiterates its recognition of the difficult situation for people with albinism, which is particularly worrying in Malawi and other countries of the region due to frequent ritual killings and trading of body parts. In its 2018 report ‘Waiting to disappear’ International and Regional Standards for the Protection of the Human Rights of Persons with Albinism , the IBAHRI suggests that the legal protection of the rights of persons with albinism needs to be dramatically improved.

The IBAHRI condemns all attacks against persons with albinism and the violation of their rights, but believes that the imposition of the death penalty infringes the universally guaranteed right to life and amounts to cruel, inhuman or degrading treatment or punishment, contrary to both the International Covenant on Civil and Political Rights and the Convention against Torture and Other Cruel, Inhuman or Degrading Treatment or Punishment.

IBAHRI Co-Chair, Anne Ramberg Dr jur hc, stated: ‘The death penalty is amongst the worst of human rights violations, where the right to life and the right not to be subjected to cruel, inhuman or degrading punishment are completely ignored. The decision to resort to the death penalty is incompatible with a country that supports the rule of law and good governance.’

In 2008, the IBAHRI Council passed a resolution stating: ‘the Human Rights Institute shall in the future actively promote the abolition of the death penalty’.